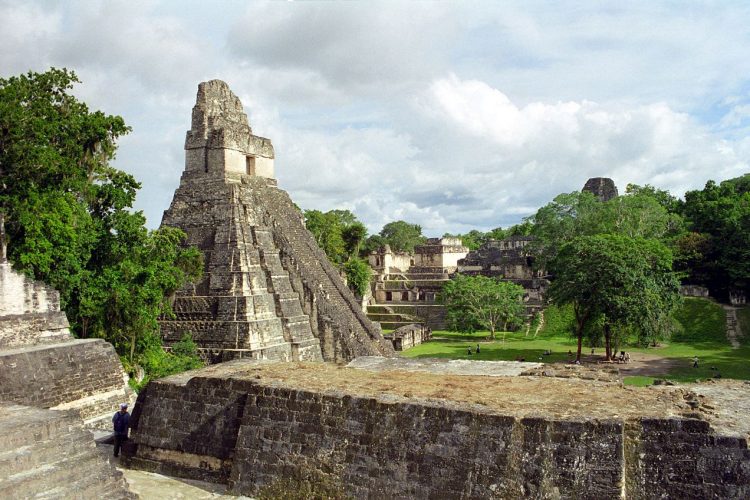 Using a revolutionary technology known as LiDAR (short for “Light Detection And Ranging”), scholars digitally removed the tree canopy from aerial images of the now-unpopulated landscape, revealing the ruins of a sprawling pre-Columbian civilization that was far more complex and interconnected than most Maya specialists had supposed.

“The LiDAR images make it clear that this entire region was a settlement system whose scale and population density had been grossly underestimated,” said Thomas Garrison, an Ithaca College archaeologist and National Geographic Explorer who specializes in using digital technology for archaeological research.

Over 60,000 structures have been found with LiDAR, including houses, palaces, and others. The wide area of settlement consisted of many walled cities connected by broad causeways, elevated to allow travel in the rainy season.

One of the researchers notes how astounding it is that such a massive site remained hidden for so long:

“The ambition and the impact of this project is just incredible,” said Kathryn Reese-Taylor, a University of Calgary archaeologist and Maya specialist who was not associated with the PACUNAM survey. “After decades of combing through the forests, no archaeologists had stumbled across these sites. More importantly, we never had the big picture that this data set gives us. It really pulls back the veil and helps us see the civilization as the ancient Maya saw it.”

The urban agglomeration of more than one million people had vanished completely by the time the Spanish arrived, some 700 years after its peak. Until the present, it was completely undetectable to people on the ground. What caused such a massive and total collapse?

In short, it was a question of economics. A rapidly-increasing population required two major factors to sustain itself: food and fuel. Producing more of one, however, made it difficult to produce more of the other. Clearing of forests for agriculture forced Mayans to search farther afield for wood. Widespread deforestation in turn increased rates of evaporation, which caused droughts that destroyed agricultural productivity.

This was the pattern observed in the archaeological record elsewhere in Mayan lands. Given the scope of the newly-discovered settlements, there is likely an interesting story waiting to be told about the details of the collapse.

By the same measure, this escalating overproduction must also have produced a fantastic abundance of resources. This alone can explain the construction of so many magnificent structures. The extensive highway system is one such example, and suggests an effort to deal with the problem before it sucked them under. Trade has always been a means to alleviate the pressure of a growing population, from ancient Rome to modern India.

The Mayans appear to had some time to confront the cause of their ultimate doom. They used technological prowess to squeeze out whatever gains could be had on the margins in a losing fight against the underlying fundamentals.

Maya Architecture: Temples in the Sky

Royal Cities of the Ancient Maya