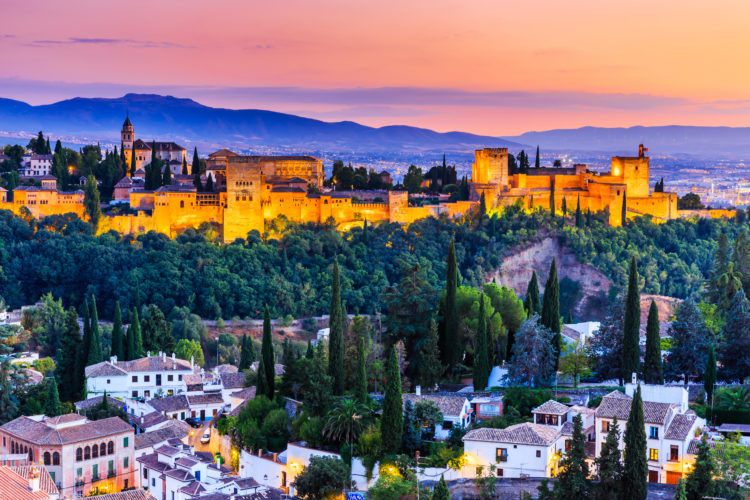 Labyrinth of the Alhambra: The Fortress Beneath the Palace

The Reconquista was the long, drawn-out struggle by Christians to expel the Muslim occupiers, or Moors, from Spain. The nearly eight centuries of conflict saw many back-and-forths, with complicated alliances forming among the major powers. For most of that time the ultimate outcome lay in doubt. Yet the Christians inexorably pushed forward. Like large waves in a receding tide, Muslim armies would occasionally surge forth and seized lost ground. But they could never make it back to the high-water mark of the earliest conquests. From their first check, breaking against the rocks of Asturias in 722, the Moors made a long, slow retreat.

Moorish power went into terminal decline following their decisive defeat at Las Navas de Tolosa in 1212. As their territory shrank, their arts grew more extravagant. Perhaps accepting that military glory was forever behind them, the surviving emirs turned themselves to enjoying what they still possessed.

By the mid-13th century, the sole remaining Muslim state was centered on Granada. Its emirs ruled their territory from the Alhambra, a fortress overlooking the capital city. Around this time is when they began adorning the imposing citadel with palaces, gardens, and gazebos that cascaded down the hill. The flamboyant ornamentation marked the high point of Moorish architectural style: intricate arabesques, honeycombed ceilings, polychromatic tiles.

Living in a pleasure palace though they did, Granada’s rulers were under a constant cloud of anxiety. The emirate enjoyed a peace bought only with tribute and military aid—Granada had fought with Castile against fellow Muslims in Seville, leaving themselves the only Moorish state in Spain. Occasional breaks in the peace gave Castile the excuse to nibble away the edges of Granadan territory. All-out war seemed only a matter of time.

And so the Alhambra still needed to serve as a fortress. A recent story in El País (in Spanish) covers the anthill of passages dug beneath the palace that enabled its defense. The labyrinthine network connected underground chambers serving as storerooms, cisterns, and prison cells. In the event of a siege, the defenders could hold out indefinitely. Soldiers could also move unseen through the passages, popping out of the hillside to launch surprise attacks on the besieging enemy.

A number of the grander houses in the nearby Albaícin, or Moorish quarter, were also connected to the network. This let the noble families escape to safety, and perhaps even use their mansions as forward defensive positions, like the outworks of later European fortifications.

The Alhambra’s defenses were never truly tested. In 1491, following ten years of war waged by Ferdinand and Isabelle against the Emirate of Granada, the capital found itself the sole remaining territory in Moorish hands. Rather than assault the city, Christian forces set in to starve out the defenders. Eight months later, Granada capitulated and opened its gates to the Castilian and Aragonese forces. So ended nearly 800 years of Muslim rule in the Iberian Peninsula.

Read more: The El País article includes a photo gallery with images of the chambers, passages, and tunnel openings. With so much vegetation covering the hillside, it is easy to imagine how defending troops could have easily ambushed the enemy. For more on the Alhambra passages, an older story in the Telegraph includes stories about the tunnels from more recent times.

For more on the palace itself:

The Alhambra (Wonders of the World)