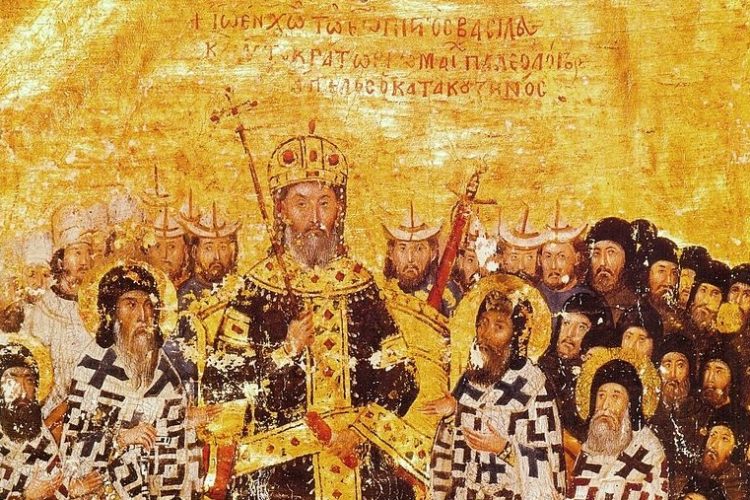 “Midway Through The Plunge” Is Here!

We are proud to announce the release of Byzantine Emporia’s first book. Midway Through the Plunge: John Cantacuzenus and the Fall of Byzantium is now out and available for purchase here. It explores the turbulent change that swept the Byzantine world over just a few years in the middle of the 14th century. The empire had suffered enormously since the Fourth Crusade, a century and a half before. Yet by the time John Cantacuzenus came to power, it seemed poised for a recovery. At the end of his reign, it had been stripped of most of its territory and was left without hope of salvation. Those thirteen short years are interesting for what they tell us about the inevitability of Byzantium’s fall and the effect human action has on fate.

Midway Through the Plunge evolved out of the Fall of Byzantium series of articles, on the career of Emperor John VI Cantacuzenus. It was originally intended to be published in three editions: the first, a simple compilation of all the articles in the original series, and subsequent editions of greater length, including maps and other supplements. It proved impossible to edit the series of articles into a satisfactory form, so what is effectively the second edition has been released as the first. This pushed publication back two months (we apologize to those we kept waiting!), but it means that everyone who pre-ordered gets it at the original price. The price will go up with each new edition, but everyone who ordered an earlier version will receive the updates free of charge.

At least one more version will be published, so the sooner you order the better. If you already pre-ordered the book, it should be in your inbox (a few people have gotten it caught in their spam filter, so check there if it’s not).

Again, the link for the book is here. The file is delivered in both MOBI and pdf format. If you prefer to purchase from Amazon, you can get it here.