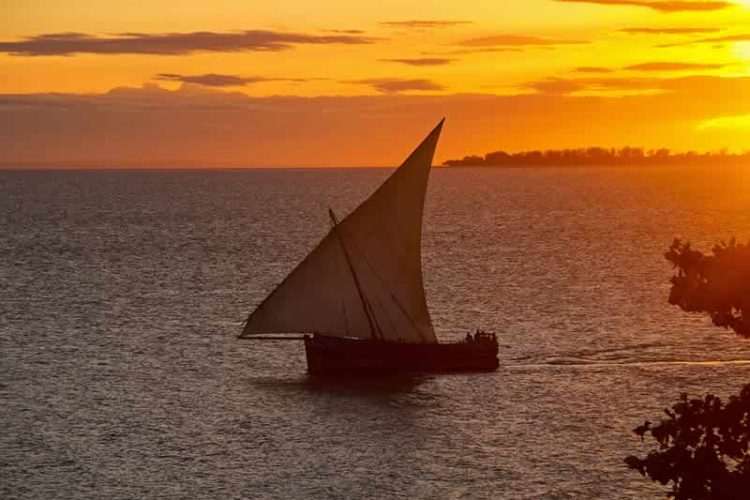 A Sliver of Gold: The Swahili Coast, Pt. 1

When considering the economic fate of modern Africa, one is struck by a similarity to the era before Europe’s great Age of Discovery. In the present day, it is the poor state of infrastructure that keeps much of the continent impoverished. The produce of some of the planet’s most fertile lands are locked out of world markets by a lack of suitable road, rail, and communications networks. Centuries ago, when caravans in Eurasia were bringing goods all the way from the Pacific coast to the Atlantic, commerce with sub-Saharan Africa was similarly sparse.

The great wealth of the continent’s interior was trapped within by the twin barriers of geography and biology. The Sahara barred the land route to all but those whose entire societies were adapted to desert life; travel by sea involved such distances as to require navigational sophistication completely lacking among the indigenous. Meanwhile, tropical disease formed a nigh-impenetrable barrier along the littorals that kept out nearly all non-natives. Africans could travel out with as great difficulty as foreigners could come in.

But greed is nearly as good a spur to invention as necessity. Travelers’ tales, fantastic legends, and the envy inspired by some rare trinket from a far-off land were enough to goad men to hazard the worst fates: shipwreck, gruesome disease, the cannibal’s pot.

And the rewards were worth it, for those who succeeded. Gold, ivory, and slaves were the basis of fantastic fortunes. For all the difficulties involved, the most valuable of merchandise from the interior still managed to make its way out. But those twin forces of geography and biology dictated how exactly this happened. The result was a unique trade that developed along the Swahili coast of East Africa.

The story begins with Arab and Persian sailors establishing trade colonies in East Africa, but its antecedents lie much earlier. Arabian, Egyptian, and Greek traders had long been making expeditions across the Red Sea and down the East African coast. Ancient accounts tell us how they stopped at market towns along the way to purchase incense, tortoise shells, and ivory, traveling perhaps as far as modern Mozambique. With the fall of the Roman Empire, records fell silent on the matter. Trade might have continued beyond the notice of chroniclers and geographers; it is also quite possible that the fragmentation of the Roman world removed incentives for long-distance commerce. In any case, the commercial culture that subsequently developed in East Africa would look much different, thanks to one group in particular: the Swahili.

Early in the first millennium, a group of Bantu pastoralists, who would later come to be known as the Swahili, expanded eastward from the Great Lakes region. By mid-millennium they had settled along the coast, largely displacing indigenous peoples as the dominant group. These Bantu likely kept their pastoralist lifestyle, which required the open spaces of the interior.

But they also realized that opportunities lay by the ocean. Further up the coast, Somalia had long had extensive contact with the Arab world, and Mogadishu was already a thriving commercial center. The more venturesome merchants could well have sailed further down the coast, bringing the exotica of their homelands with them. And so it is no surprise that archaeological surveys of the earliest Swahili coastal settlements have yielded coins and pottery from the Islamic world.

The first trading posts were likely set up on the Lamu archipelago, which is composed of several flat, low-lying islands just off the northern Kenyan coast. The earliest settlements were possibly temporary habitations, occupied seasonally when monsoon winds blew ships down the East African coast. Bantu tribesmen would come meet Arab and Persian sailors for barter and exchange, then return to their homes on the mainland. Not long after, similar settlements were founded on Pemba, Zanzibar, and Mafia Island.

It is significant that so many early towns were founded on islands near the coast. These often inhospitable islands were neutral ground of sorts, between the nearby Swahili lands and the far-off homelands of the sailors. Some settlements may have been founded by Swahilis, but they quickly passed under foreign control; a great many were Arab or Persian from the start.

The Swahilis themselves were brisk and enterprising traders. They settled in large numbers in all the important towns along the coast, and established commercial networks to bring the wealth of the interior to the great ports. Their goods made their way to the Red Sea and across the Indian Ocean, reaching as far as China in the east and Italy in the west. In the course of this, Swahili also became a trade language, spoken by non-natives all along the eponymous Swahili Coast.

Developing links with the Islamic world brought elements of those cultures to the Swahili Coast. The wattle-and-daub houses native to the region were replaced by stone structures built in Middle Eastern style. This was such a distinguishing characteristic of the richer cities that they came to be known as stone towns. Many mosques, shops, and fortresses were built of coral stone, giving these stone towns a distinctive appearance.

The Apogee: The Sultanate of Kilwa

The Swahili Coast reached its cultural, commercial, and political high-water mark under the dominion of Kilwa. The city of Kilwa was founded in the late 10th century by Ali ibn al-Hassan Shirazi, the disinherited son of a Persian emir. After leaving his homeland, he purchased from a local chieftain a small island just off Tanzania. The settlement he built there became engaged in small-scale commerce and fishing.

Kilwa maintained low profile until the 12th century, when an ambitious sultan named Daoud engaged in a program of expansion. Daoud’s primary target was the town of Sofala in southern Mozambique. This trading post lay near the mouth of the Buzi River, a conduit to the interior which brought gold and ivory down from Zimbabwe. Whoever controlled Sofala effectively controlled the gold trade.

This episode gives some idea of the extent of the trading networks at the time. Sofala lies a thousand miles down the coast from Kilwa, well beyond the most generous definitions of the Swahili Coast. The city was founded and dominated by merchants from Mogadishu, which lay a further thousand miles north of Kilwa. The abundance of prosperous towns that dotted the entire coastline allowed resupply and refurbishment to expeditions making the long journey. It is estimated that of several hundred such settlements, 70-80 had populations greater than a thousand.

With control of the gold trade, Kilwa soon surpassed all other towns of the Swahili Coast in population and opulence. The influx of such wealth saw the construction of a great mosque and palace, as well as many other magnificent public and private buildings. Sultan Daoud was succeeded by his son Suleiman, who expanded his dominion even further. He brought the biggest islands to the north–Mafia, Pemba, and Zanzibar–under Kilwa’s sway. Controlling an even greater share of trade meant that wealth begot more wealth.

One eyewitness account comes from Ibn Battuta, the great Moroccan traveler, who visited the Swahili Coast in 1331. Ibn Battuta saw nearly the entire known world by the end of his life, having traveled a distance that far exceeded even Marco Polo. By the time he reached Kilwa, the city had undergone a century and a half of great development. He described it as: “One of the most beautiful and well-constructed towns in the world. The whole of it is elegantly built.”  A man as well-traveled as Ibn Battuta was suited to make such a judgment.

During the 14th century, a rival to Kilwa arose: the town of Pate in the Lamu Archipelago, at the other extreme of the Swahili Coast. That town’s sultans conquered as far down the coast as Mombasa, and as far north as Mogadishu. Thus the Swahili world was divided into two spheres, with Kilwa continuing to profit from the gold trade, and Pate prospering from its links to the Mediterranean and across the Indian Ocean. But prosperity brings division and complacence, making states ripe for the picking by outsiders.

End of an Era

Portuguese explorers reached the Indian Ocean with Vasco da Gama’s expedition of 1497, with the aim of taking part in the lucrative Indian spice trade. En route, they made contact with several cities of the Swahili Coast, scoping out their potential as future resupply points. Of these Malindi, whose star had been on the rise in recent decades, gained the favor of the Portuguese. Subsequent expeditions would reward her kings for their friendship, but the Portuguese influence would ultimately be destructive for their onetime ally.

Possessed of the same avarice as the local kings, but with infinitely greater firepower, they held that delicate chain of coastal enclaves at their mercy. Promises of untold riches had brought the Portuguese into the Indian Ocean; their total energies were focused on squeezing out whatever part of this legendary oriental wealth they could. They quickly pared Sofala off from Kilwa’s domains, thereby seizing the gold trade. Soon after that they subdued nearly every major city in the region, sacking and garrisoning those that resisted.

The mercantile system the Portuguese imposed in their fledgling empire aimed to extract as much profit in as little time as possible. In addition to high duties at all the ports they controlled, they set up a license system whereby every vessel had to pay hefty tax to even trade within the Portuguese system. The burden was so onerous, that over the course of the next century it ruined all the commercial incentives that had made the region so tempting to begin with.

Within decades, the golden goose was cooked. Commerce ebbed to a trickle, and the new masters found they had little to tax. Malindi and Kilwa were shadows of their former glory. Zanzibar was totally devastated. Only Mombasa, which had initially resisted the Portuguese, retained its former glory. It became the preeminent city on the Swahili Coast by virtue of being the most easily defensible, as Turkish, Dutch, and English raiders snapped at the Portuguese gains. The old system of trade between Swahili mercantile towns was dead and gone; the new system that replaced it did not look long for the world.

To be continued in Part 2…

A History of the East African Coast

Covers the history of the Swahili Coast from pre-history up to modern times.