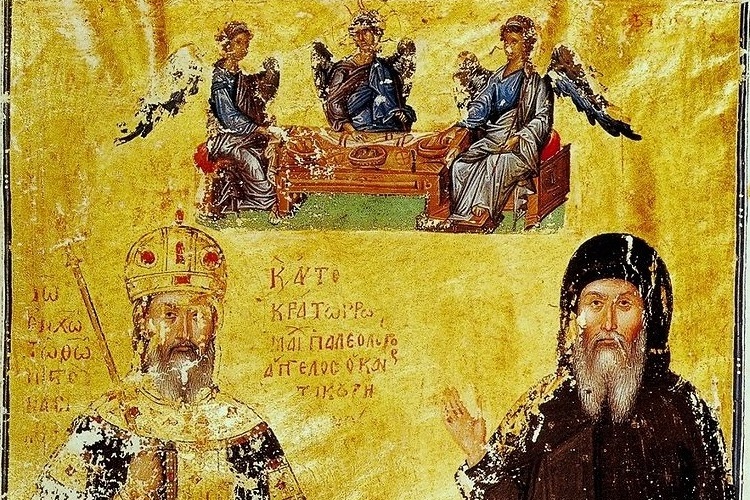 Fall of Byzantium: The Legacy of John Cantacuzenus

When Emperor John VI Cantacuzenus abdicated and entered a monastery in 1354, he had played a major role in the empire for more than three decades. Over the next nine years, he would write the history of this time, an apology for his career. This is one of the two major sources we have for the period, meaning we can often only judge him by his own account. The other major source is the History of Nicephorus Gregoras, a friend of John’s before they fell out over the question of Hesychasm. Although not a wholly sympathetic source, he shared many of the prejudices of the Cantecuzenist aristocracy.

Accounting for possible self-serving justifications and unflattering portrayals of opponents, we can take these two sources together as a reasonable summary of events. Without concerning ourselves with motivations, what judgment can we form of Cantacuzenus’ performance in preserving the Byzantine Empire?

Emperor In Spite of Himself

Immediately obvious is how much John Cantacuzenus’ failures had to do with his personality. He was always cautious, often indecisive, and lacked the charisma or vision to unite the empire under a single, animating cause. Whether this was because he was diligently trying to preserve the Palaeologus line, as seems likely, or whether he was a Machiavellian schemer just biding his time, he lacked the qualities to live up to this role he claimed to never have wanted.

It is tempting to second-guess his decisions or imagine what would have happened had he been a bolder man. What if he had accepted Andronicus’ earlier offer of the throne? What if he had disinherited John Palaeologus after Andronicus died, or at least forced the boy to abdicate after the civil war? If Cantacuzenus had simply been bold enough to grasp the nettle, perhaps the empire could have been saved.

By the same measure, he always had good reasons to act the way he did. If he had disinherited Palaeologus at any point before he did, he likely would have inspired a furious backlash; as it was, that was his ultimate undoing. The same might be said of any other dilemma that Cantacuzenus faced. Given the sheer number of difficult choices he had to make, it is hardly surprising that at least some of them ended up in disaster.

A healthy state is in any case somewhat resilient to the individuals that occupy its highest offices. So John’s character is of secondary interest to what his rule revealed about his times. This raises a much more interesting question: by the time Cantacuzenus entered the political scene, could Byzantium have been saved?

There is near-universal agreement among historians that the civil war of 1341-1347 marked the point of no return for Byzantium. The empire was left with too little territory to effect a lasting recovery, surrounded as it was by powerful enemies. The civil war had been so destructive because it was a confluence of many different conflicts, internal and external. That these individual storms erupted when and how they did is an accident of history; let us suppose that instead it was all averted. Suppose that somehow John was able to cooperate with the regency, allowing for a functional government during those years.

In this rosiest of scenarios, John could have executed his plans to reclaim the Peloponnese and complete the reconquest of central Greece. The Byzantine Empire would then possess a continuous bloc of territory from the southernmost point of Greece to Constantinople. This would give the empire new manpower and tax revenues with which it could retrench and prepare to face its stronger neighbors.

If, that is, the restless Stefan Dušan stayed quiet, and if the Bulgarians abstained from raiding Thrace. If the various Turkish powers, who had already begun raiding Europe by sea, did not see the imperial army’s absence from Constantinople as an unmissable opportunity. And that is if the emperor successfully reconquered the lost territory.

The Byzantines would not be out of the woods yet. These conquests would cost a lot before they ever turned a profit for the empire, meaning more taxation. That vicious class resentment that reared its head the civil war would still be lurking beneath the surface. Would the commoners stay peaceful as they were asked for even more contributions? Given the long precedent of civil war in Byzantium—as recently as 1328—there was bound to be another factional struggle eventually. It would be very tempting for one side or another to use the rage of the popular mob as a weapon. The regency had showed that this anger could be unleashed, but not so easily contained. Meanwhile the controversy over Hesychasm lingered, ready to further fan the flames.

Byzantium would still be vulnerable to attack, of course. The Serbs and Ottomans were powerful in their own right and were ruled by ambitious monarchs. Each of them might launch a devastating attack on Byzantium, or worse, they might form an alliance against the recovering empire. And entangled in all these problems were the Genoese and Venetians, who diverted government revenues took market share from Byzantine merchants, and were potentially dangerous enemies.

Which is still not to say that recovery was impossible. No counterfactual history can ever be completely ruled out, but scenarios in which the empire survives much longer than a century are far outnumbered by those in which it is destroyed. And among scenarios where it endures, the most likely are those in which it lingers as a rump state for a few centuries, surviving more by the indifference of its neighbors than its own forces.

Sweeping Away the Broken Pieces

The Byzantine Empire lasted another 99 years after John Cantacuzenus’ abdication. John V Palaeologus would endure two more civil wars involving his own son and grandson, both of which brought the loss of more territory. He never showed much promise for wise rule, but by the time he came to power it hardly mattered: Byzantium’s fate was sealed. When Palaeologus died in 1391, imperial territory was reduced to a sliver of Thrace, the area around Thessalonica, and much of the Peloponnese. All that was left to the Byzantines to do was pray.

Those who were very old at this time might look back on their youths and recall the comparatively optimistic days of Andronicus III, when Byzantium was expanding and at least had reason to hope. Looking at the vicissitudes of the intervening decades, it would take all they had to suppress feelings of rage and despair. It is impossible not to feel sympathy for them—the path Byzantium took between those two periods was sordid and disgraceful. But such was the state of the empire that it was bound to crumble one way or another.

And that was the true legacy of John Cantacuzenus, to reveal how far the Byzantine Empire had already fallen. The impossible dilemmas he faced were too great for any man to manage, even with the cooperation of fortune. Byzantium was dead even before he entered the pages of history; under him the inevitable merely became obvious. Despairing of the burdens of rule, this unfortunate emperor on many occasions expressed the wish to retreat from the world and enter a monastery, a wish that was at last fulfilled. Thus John Cantacuzenus ended his days in the one place where the soul of Byzantium lives on, the bosom of the Orthodox Church.